Scottish geologist, James Hutton, who worked hard to unhinge scientific thought from biblical thinking, proposed the idea of the earth forming over millions of years. Hutton has been called the father of modern geology, and his ideas have been cultivated in the writings of Charles Lyell and Thomas Huxley. On page 4 of Hutton’s biography, The Man Who Found Time, Jack Repcheck says, “The age of the earth is the wedge that ‘shattered the biblically rooted picture of Earth and separated science from theology.’” Without deep time, Hutton’s proposal to ignore the Bible in favor of uniformitarianism would have been worthless. 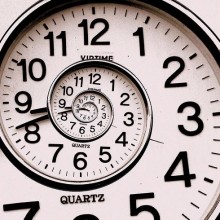 Charles Lyell, whose principle publication was Principles of Geology and augmented Hutton’s introduction of millions of years, shared with a friend that his works would “free the science from Moses.” Quite obviously these geologists of the 1800s worked hard to bury the Bible so their science of geology could blossom without its influence. They very much desired not to be bound by the authority of scripture, and their proposals were intended to elevate uniformitarian theory above the teachings of scripture. As Hutton and Lyell’s ideas of deep time became more prominent, the less veracity the Bible seemed to contain. It was the writings of Charles Lyell that had a profound impact on one Charles Darwin.