Information Theory. DNA is a code. It contains information that must be transmitted and interpreted. The components of DNA, nucleotides, exist as four “letters” which are guanine, adenine, thynine, and cytosine. The reason that we can call DNA information is that these four letters have no inherent attraction to each other to compose the patterns that we recognize today as having purposeful code within.

Could the proliferation of DNA in all living things be the creative signature of Almighty God?

If you think of it like the little plastic letters with magnets on the back, where kids can put words up on the refrigerator door, you can understand the relationship that these DNA letters have towards one another. In the same way that the plastic toy letters do not have any chemical, magnetic, or other reason to arrange themselves in any particular order, the DNA letters have no reason to arrange themselves in the specific patterns necessary for living things to be coded and reproduced. Without someone specifically arranging the letters to have meaning to the reader (in the case of DNA, the reader would be RNA). The plastic, magnetic letters are attracted to metal objects, but they are not chemically or magnetically predisposed to a particular arrangement, and we find this same situation for DNA letters. 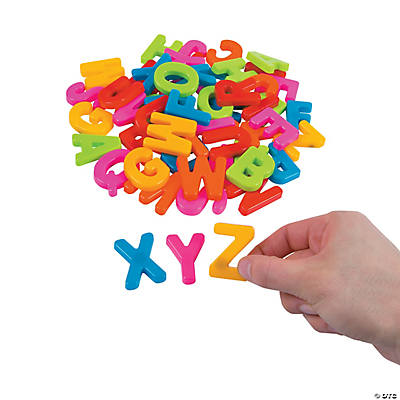 Plastic magnetic letters do not arrange themselves into readable words, phrases, or thoughts without outside guidance.

As a novice software engineer and experienced database administrator, I understand that complex codes for programs must be planned and implemented by intelligent programmers.

This small code sample pulls information out of an ANSI-compliant relational database:

The compiler would generate an error were this code to change to either of these:

I would not expect that copying one of my programs over and over millions of times would generate new code that would perfectly complement the existing code. If any changes to the code were to happen because of an error or duplication during copying, I would expect the code to be broken. But this same logic is used by evolutionary thinkers to say that through copying mistakes in DNA, new traits are acquired by organisms that were previously unknown.

How about digital music? Would you expect the copying of mp3 files over and over millions of times to seamlessly add complimentary notes, chords, or verses? Neither should we accept the assumptions of evolutionists that random mutations will create new features in creatures.

UPDATE: Despite their commitment to Deep Time, the science presented by the Discovery Institute in the article and twenty minute video are fantastic. In it, they show how information cannot be generated without intelligent guidance and that random processes destroy information.

[Dr. Axe’s] experiments [while working at Cambridge University] enabled him to estimate that for every DNA sequence that generates a short functional protein of just 150 amino acids in length, there are 10 to the 77th amino acid arrangements that will not fold into a stable three-dimensional protein structure capable of performing that biological function.

To put this in perspective, keep in mind there are only 10 to the 65th atoms in the entire Milky Way galaxy.

Keep in mind that the number, 10^77, is the number for finding a SINGLE protein, so to find the proteins for all of life would require far more and larger numbers. The case for naturalistic evolution is slain by mathematics.