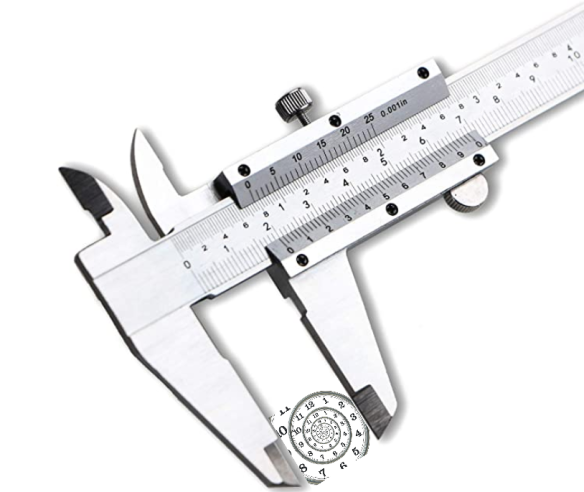 The Reliability of Radiometric Dating

Let’s hear what Dr. Ross would have to say. On page 181, he gives a general explanation of how radiometric dating works:

Radiometric clocks operate on the principle of half-life decay. Radioactive isotopes disintegrate through time; that is, they decay into lighter elements.

Calling the assumption-filled extrapolation of radiometric dating a clock is as bit presumptuous since the “clock” routinely gives incorrect dates on known historical ages.

One of the premier examples is when rocks from the Mt. St. Helens eruption, which occurred in 1980, were radiometrically dated 10 years after the eruption, the results “dated” the samples to be between 350,000 and 2,800,000 years old.

In the section he titles “Conditions for Reliability” Dr. Ross says

One limiting condition concerns the rock sample’s age. The closer that age is to the radiometric half-life of the isotope being measured, the better.

Surely, Dr. Ross recognizes the assumption that he’s built into his condition. How does one know the age, since that’s what the radiometric dating mechanism is supposed to provide? His assumption is that the geologic layer in which the rock sample is found provides the boundary age. He has assumed that the sedimentary layers of rock in which the samples are found has been laid down over millions and billions years rather than the global flood described in Genesis 7-8. So, the “age” has already been determined by the layer in which it is found, so radiometric dating should align with those assumptions. When the radiometric dating process does not produce a date that corresponds to that geologic layer, the result is determined to have been contaminated or the result must be interpreted differently. Never do old earthers question the method of radiometric dating

Ross mentions two other conditions for reliability on pg183:

Sample size…sample purity. The more a sample is contaminated by materials of different ages, the less reliable the radiometric date.

Regarding sample purity: again, how does he know there is contamination of materials with different ages if that’s what he’s trying to prove? It’s as if a built-in excuse has been merged with the conditions, so that when a sample is shown to be outside the geologic layers or yields an “incorrect” date, the old earther can say “It was contaminated by materials with different ages.”

In his introduction to the mechanism of radiometric dating, Dr. Ross does not reveal the three inherent assumptions within the process:

In the next section, Dr. Ross attempts to wash away these assumptions by adding ANOTHER assumption. He assumes the age of the sample before starting the radiometric process. See his quote:

Supposed “evidence” against the reliability of radiometric dating focuses on the method’s “flaws” or inaccuracies when applied outside its limitations. For yields absurd dates. Why? With a half-life of 4.51 billion years, uranium-238 example, uranium-238 radiometric dating, when applied to young samples, dating cannot be effective for measuring the age of any sample younger than a few hundred million years old.

How does he know the sample is younger than a few million years old?

You can’t wash away one assumption with another assumption and expect your data to be MORE accurate…especially when the rescue-device assumption is what you’re trying to figure out.

However, numerous large samples of uncontaminated charcoal from an ancient city dated to 1412 BC ± 1 year would yield a secure conclusion that the city burned sometime between 1414 and 1410 BC.

In the section titled “Have Decay Rates Changed?” Dr Ross has this to say:

The Bible describes the universe’s laws of physics as unchanging from the beginning until God replaces the universe with the new creation described in Revelation 21-22. In Jeremiah 33:25 God declares that the laws governing the heavens and Earth are “fixed”.

In part b of my review of chapter 7, I already refuted Dr. Ross’s wild claim about the Bible teaching the concept of invariant physical laws as a falsification of biblical creationism. The Bible assuredly does not teach that radiometric decay rates have never changed.

However, if (as Dr. Ross has claimed) God has declared the fixed laws of radiometric decay as unchangeable and upheld by God’s power, it would be impossible for humans to alter the inalterable…yes?

Physicists have observed accelerated radiometric decay in those rare instances… where decay occurs as electrons stray into the nucleus. In one experiment physicists forced an accelerated decay rate by encasing some radiometric atoms inside buckeyballs

So, are decay rates inalterable because God has made a covenant with the decay rates…or is your position incorrect?

Besides the experiments that Ross mentions above, the RATE team from ICR produced strong results showing that specific conditions (like those found at the beginning of creation and during the worldwide flood) would have affected the decay rates, thusly showing that the earth is as old as the Bible says…about 6000 years.

Dr. Ross later mentions that the known problem for old earthism of the abundance of Helium trapped in diamonds and zircons isn’t a problem. There is however enough helium trapped in zircons to show that there has been massive amounts of decay, but since helium escapes quickly and is still trapped, then not enough time has elapsed for the helium to escape. The clear conclusion is that the decay rate was altered and the earth is not old as Dr. Ross contends.

In the section titled “Nature’s Calendars” Dr. Ross talks about tree rings and ice core evidence that supports old earthism. Unfortunately, Dr. Ross has made the unfounded assumption that both tree rings and ice layers are annual and have ONLY been annual since the beginning of time.

Each year another ring or layer is added.

He does make mention that he is aware of the revived fossil fighter plane which though buried beneath over 250 feet of ice could only have been 50 years old, so the concept of “annual layers” is a fiction. He counters that the ice cores that “confirm” old ages was dug out “hundreds of miles from the nearest sea coasts.” But this does not help him. Since the flood described in Genesis 7-8 once covered the whole earth, those areas that he is talking about were recently sea coasts as the water receded from the land. He is making the assumption that the conditions that created all of the ice cores were consistent for the hundreds of thousands of years, but he has no way to verify his claim.

Dr. Ross makes no mention of the many incorrect and contradictory results that radiometric dating has produced, so below is a collection of many of them:

As biblical creationists, we can praise God for the consistent nature of his revelation. We do not have to redefine the words in the Bible to accommodate modern academic paradigms or cultural changes in sexuality or political revolutions as we have seen Dr. Ross do. God’s Word is eternal and we can trust God to keep his word regarding the future since we can trust his revelation from the past.

Back to the Table of Contents