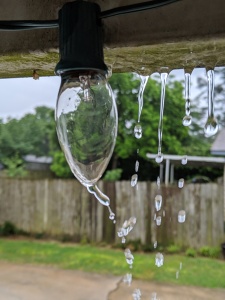 This past week, a gay bully, Brian Sims, posted two videos of himself in front of Planned Parenthood in Philadelphia harassing an elderly woman and a group of teenage girls. He repeatedly misrepresented and verbally assaulted the pro-lifers, simply because they had come to the abortion-mill to pray for the babies.

In response to the disgusting videos, several people in the Pro-Life movement have coordinated a counter protest to this man’s attitude. I myself was tempted to buy a ticket to Philadelphia to join the protest. Sims’ behavior was reprehensible, and his “logic” was fallacious and wicked.

Here’s a video of Matt Walsh organizing the protest.

But I got to thinking, as reprehensible as Sim’s behavior was, is not the depraved actions INSIDE the abortion mill MORE reprehensible? We’ve seen the video of the bully, and it’s awful, but the BIGGER bullies are INSIDE Planned Parenthood with lab coats and stainless steel tools.

The more gross sin is the dismemberment and murder of unborn children. All sin in a rebellion against God, and for forgiveness, we are ALL in need of repentance through grace.

As Christians, we should be sharing the gospel with the lost. I hope that through these events, many people will realize their need for the Savior and that the actions that flow from redemption bring glory to God instead of judgment. Pray for the single women, who feel like they must kill their child to find happiness. If possible, donate time to mentor kids in single-parent families. Be-friend a needy family and help provide for earthly needs, so that they will listen to you when you enlighten people about their spiritual needs. Get involved in the foster parent program in your area. Teach your own children how to read and interpret God’s Word. Pray for forgiveness in your own life.

But don’t be motivated by a bully (pray for him) who mistreated some people in Pennsylvania. The problem is much bigger and much deeper than that.

As a side note: From these news reports, it appears that this particular Planned Parenthood has repeatedly failed health inspections, failed to report child rape, and performs no background checks on employees.

I wanted to just take an opportunity to showcase a new blog that I found:

This blog has an amazing collection of tools for Christians. The following is one of my favorites:

I printed out the whole thing, and I have really enjoyed reading through it

Christians are called to share the gospel. Many evangelists try to throw evidence at people to convince them of the truth of Christianity.

While evidence does point to the truth of Christianity and the revelation of God, people will always interpret evidence according to their worldview. So, the non-believer will take evidence presented and claim it is evidence for THEIR worldview. The non-believer will also incorrectly assume they can justify laws of logic, truth, morality, and induction without the One True God, who revealed Himself in creation, in scripture, and in Jesus.

I really enjoyed reading the article below where I got the following quote:

“Even when/if the classical or evidentialist apologist begins with a Christian worldview, both approaches, even combined end up falling victim to the deserved title of “god of the gaps” arguments. Let’s suppose that a Christian provides a convincing argument for the existence of God, such that the debate opponent surrenders. The question that follows is “which God?” From here we cannot really get to Jesus Christ, because this involves proving the Scriptures according to Christianity are from God, before we could ever get to arguments for the resurrection of Christ.”

Hello faithful readers and guests, here recently I decided to participate in somewhat of a formal debate with another Calvinist on the subject of Apologetics methodology. I confess to being reluctant (for a number of reasons), I turned him down several times, but he persisted to hint and nudge over a period of months, and so I finally gave in.

Here below is my (rather short) opening statement, with a link to more of the (more detailed) debate on christianforums.com below. So far I have completed the first round, and thinking about the direction I might take for the second. Comments, thoughts, etc. are welcome and appreciated.

The format will be as follows: